“Women tend to be better traders than men.Men’s brains are wired for hunting and trading engages these circuits, which means men are susceptible to a primal trading trance.” — Kenneth Reid, Ph.D 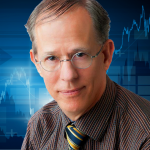 In this section of the website you will find a great deal of information on Seven Factors that contribute to Self-Sabotage Syndrome, which is a complex syndrome with multiple causes. The causes are: Aversive Conditioning, Random Rewards, Mind Traps, Scared Money, Procedural Errors, The Trading Trance and Syndrome X

This page describes The Trading Trance, which is a natural state for male traders due to evolutionary tendencies, but is made worse by Aversive Conditioning & Random Rewards. Follow the links to read about the other causes. 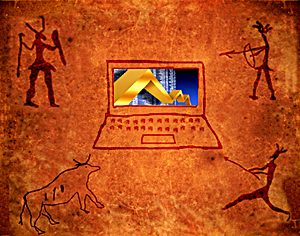 Research shows that more dopamine is secreted by the brain in anticipation of reward than when the reward actually arrives. Since ancient hunters prized the Big Kill, because it would feed the tribe for a month or more, male traders also tend to fantasize about big wins, which also increases dopamine levels.Women tend to be better traders than men. Why? Trading brings out the stalker/hunter instinct in men. Over several million years as nomadic hunters, males evolved a neurological system that produced a trance-like state of pleasurable anticipation. This stalking state of mind relies on the feel-good neurotransmitter dopamine to motivate hunters and helped them endure the arduous process.

Dopamine is a powerful mind-altering compound, responsible for the high induced by cocaine. Consequently, it is also implicated in the addictive and entrancing aspects of trading (“dope-a-me”). A dopamine high provides powerful psychic energy, but also causes various negative attentional and behavioral consequences for traders.

Entranced traders become less sensitive to the pain of loss in the here and now, which means they will tend to ignore risk and minimize the real-time negative consequences of their behavior.When a trader is immersed in the trading trance, he becomes focused on the future, not on the present. He has a vivid picture in his mind of the immensely satisfying goal just ahead. This is a dangerous mindset because it makes it less likely that traders will recognize when the market is moving against their dream.

Dopamine energizes the mind, so it can also drive traders to overtrade, track too many targets, put in too much screen time, sleep less, stress out more.

Male susceptibility to the Trading Trance is one of the least appreciated aspects of trading psychology. One needs to trade in the more ordinary reality known as the Here & Now in order to make rational decisions and take money out of the market.A dopamine surge is naturally followed by dopamine depletion, so some traders alternate between periods of over-confidence and depression. If so, trading becomes highly dramatized. One may feel on the verge of greatness and shortly thereafter hopeless and ready to give up.

Contact me to schedule a FREE 15-Min. CONSULTATION or click here to find out more about my trader coaching program.For a sustainable career as a professional trader, it is vitally necessary to become disenchanted with the market and “de-tranced.” You know you are there when you can be satisfied with hitting modest but consistent daily or weekly goals. My FREE Trading Risk Profile is one way to evaluate your susceptibility to the trance.

If you take no other action today my friend, be sure you order my Positive (+) Neuroprogramming MP3 ACCESSING TRAINING A WINNING MINDSET. Nothing is more important than becoming proactive about your mental-emotional state while trading. It could save you thousands!
Kenneth Reid, Ph.D